TasteAtlas (www.tasteatlas.com), the world food atlas, has published a list of the 100 best traditional dishes in the world for 2021.

More about TasteAtlas on this link.

TasteAtlas contains a database of more than 15,000 traditional dishes and local food products. The rankings are based on over 100,000 user ratings.

Mexican Cochinita pibil has been voted the best traditional dish in the world, with an average score of 4.69. The second best is Brazilian Picanha (4.67), followed by Polish Pierogi Ruskie (4.66). Thai Massaman Curry is in the fourth place, while the fifth is reserved for Italian Trofie al pesto.

The full top 100 list along with winners in all categories can be found at www.tasteatlas.com/best

The best cuisine in the world is Italian, with an average score of 4.78, followed by Greece (4.73) and Spain (4.58). Romania is in fourth place, and Mexico is in fifth place.

The city with the best traditional food in the world is Mexico City (4.52), followed by Bangkok, Naples, Hong Kong, and Buenos Aires.


For the first time, World's 100 Best Traditional Restaurants have been named, along with 100 Best Local Food Places in the world.

TasteAtlas explains the list like this: it features the world's most reliable and consistent iconic restaurants, serving local food based on heritage recipes perfected and proven for generations. Restaurant lists are formed based on the years of existence, iconic status, the ratings of food critics and food/travel guides, popularity of the dishes served, and the ratings of the local audience and guests.

Cafe Imperial in Prague was named the best traditional restaurant in the world. It is followed by the Roman Da Enzo al 29 and the Commander's Palace in New Orleans.

The best local food place in the world is the tapas bar Quimet y Quimet from Barcelona, followed by the Turkish Hafiz Mustafa and the Brazilian Confeitaria Colombo. 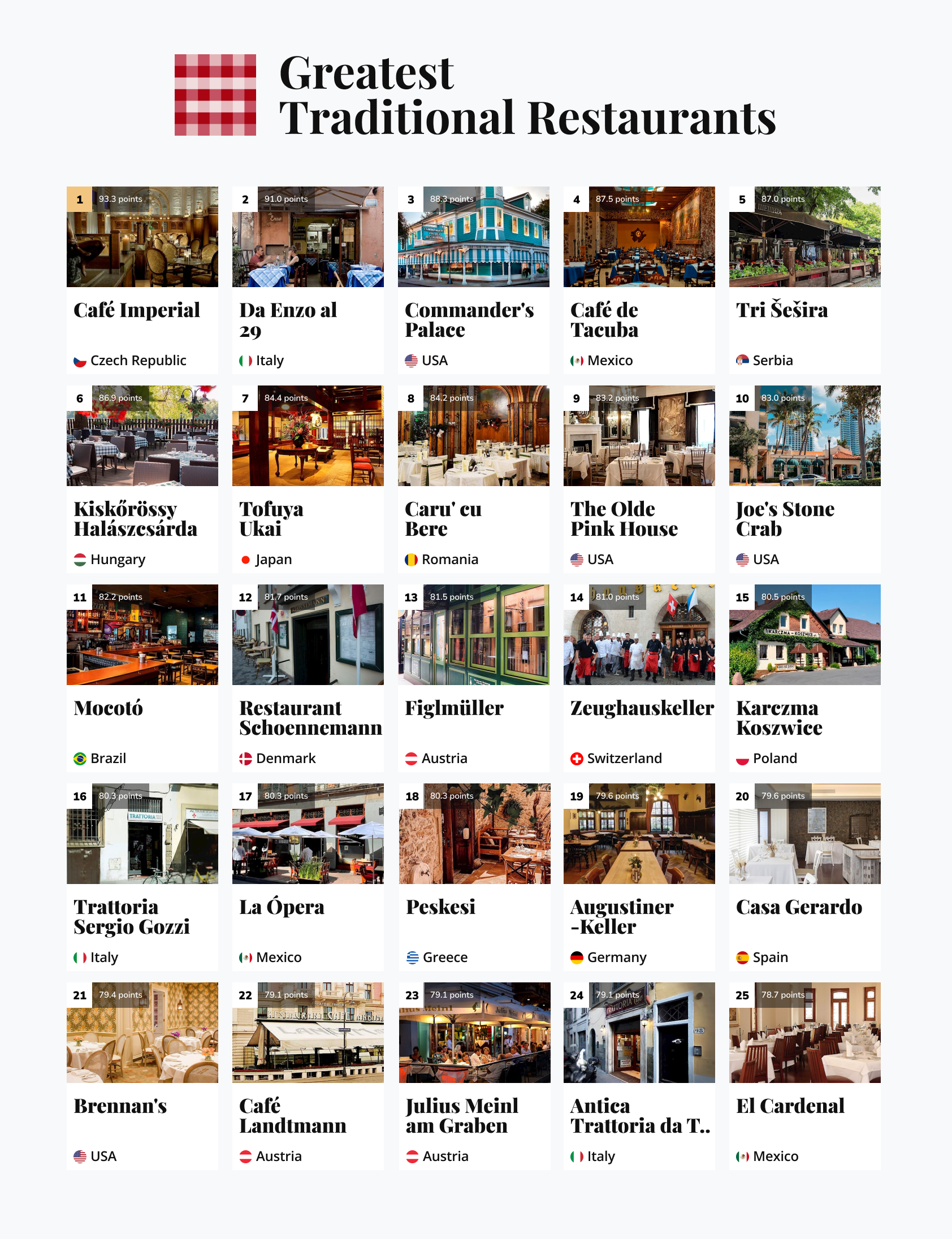 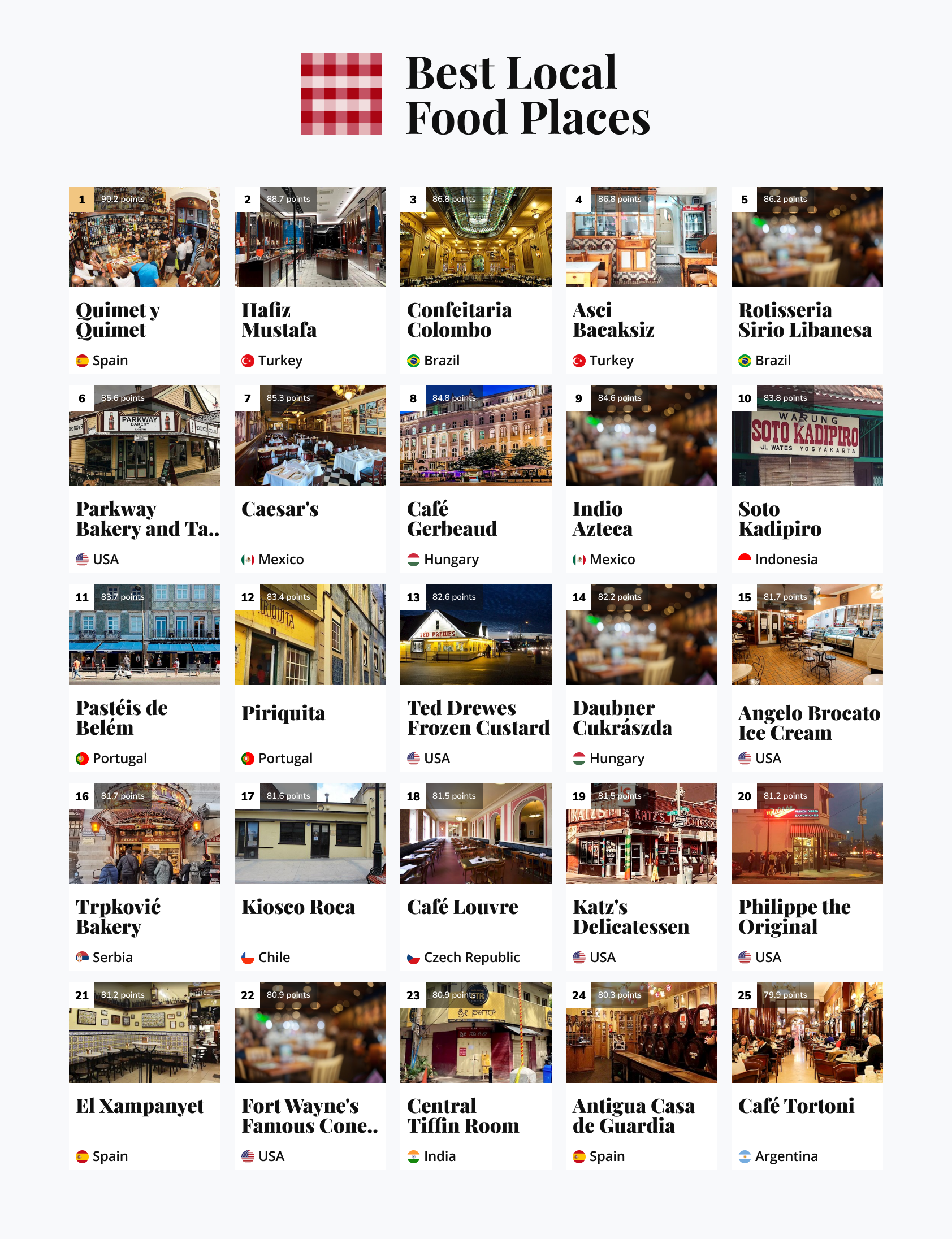 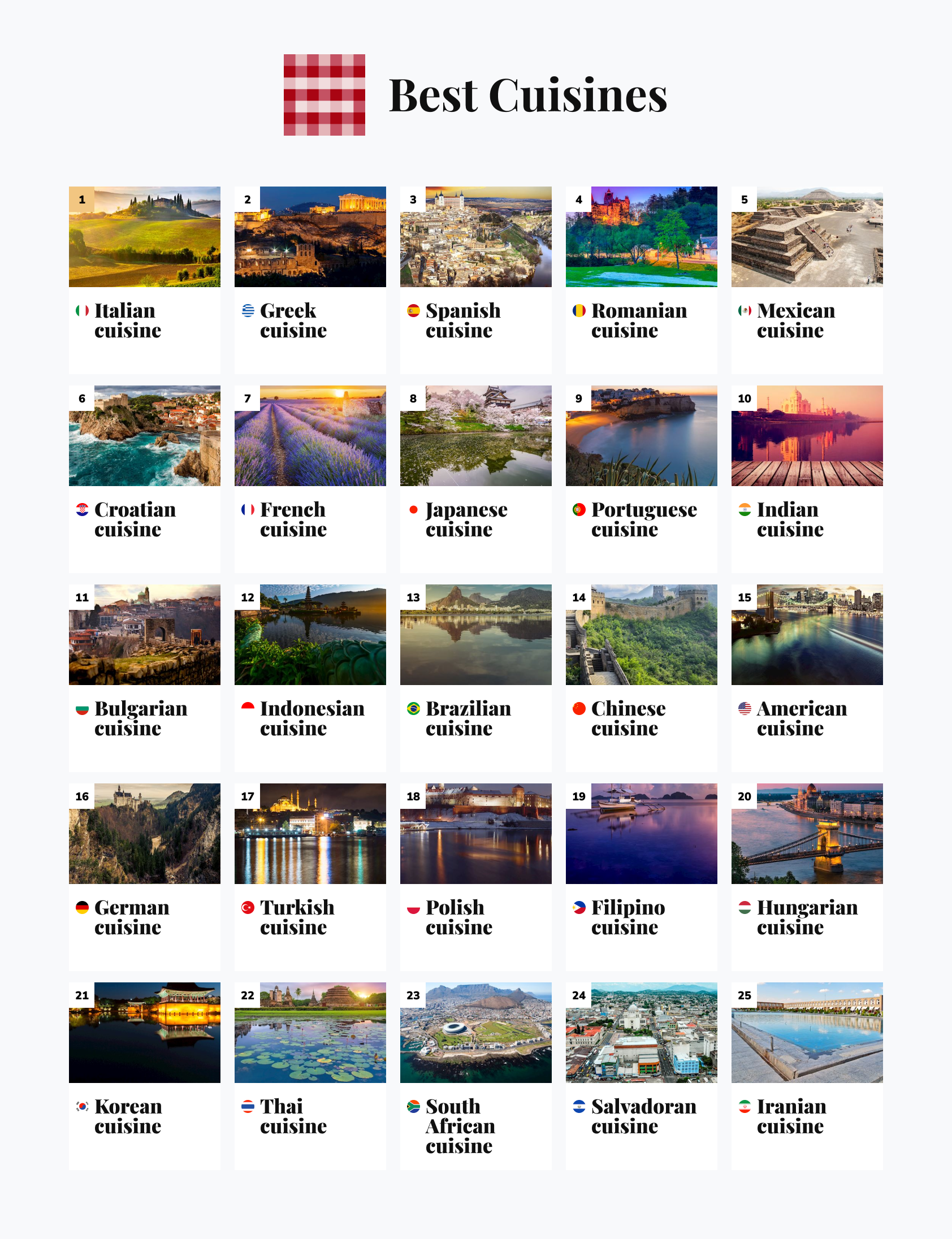 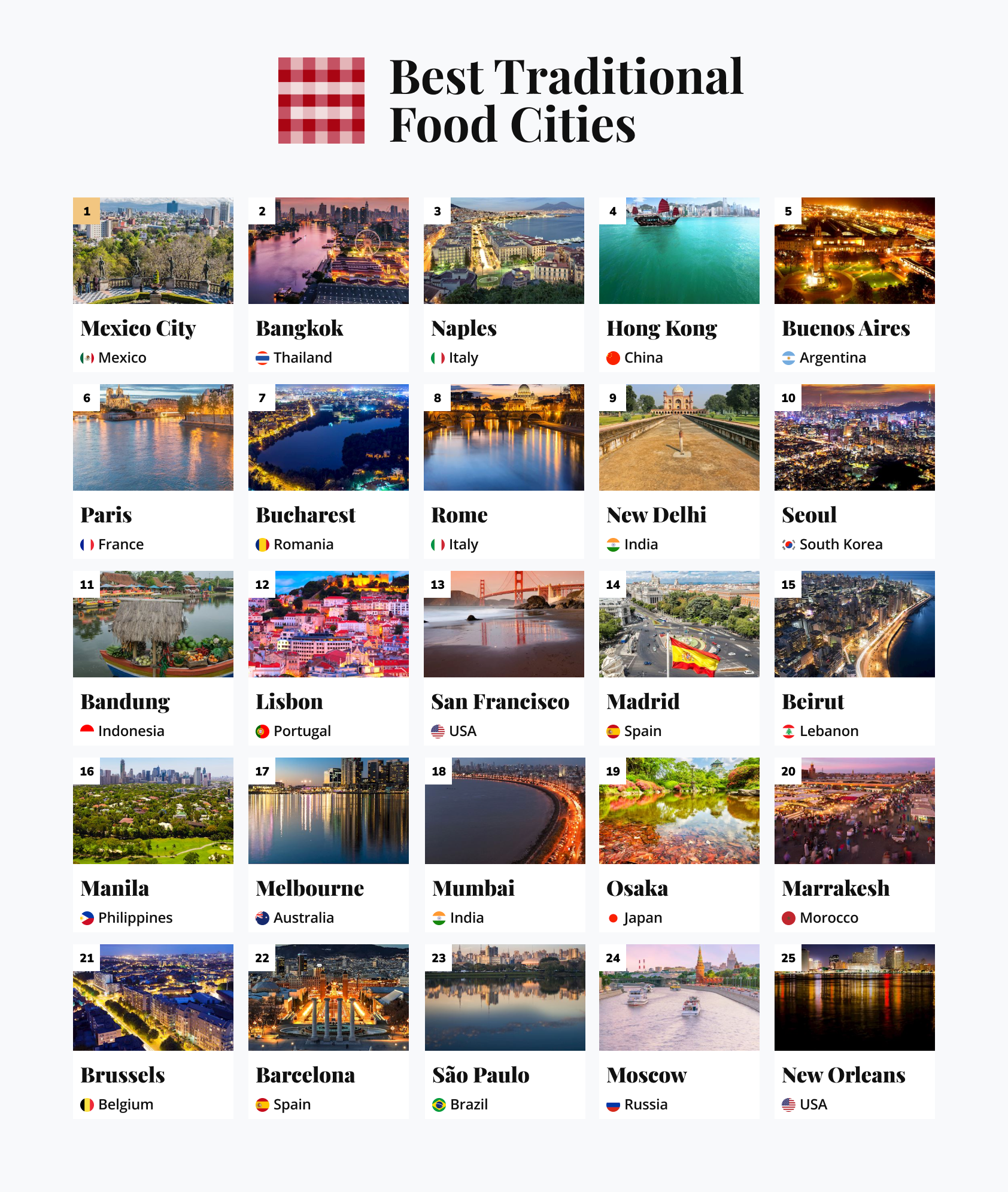